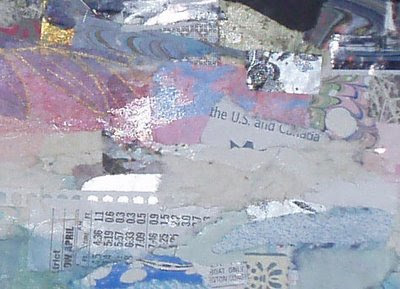 Good bye for now. I'll post again when we get settled in Florida.
Posted by Carole Baker at 9:31 PM

Love the Collage. Y'all have a safe and enjoyable trip down to Florida.

James, Thanks for for the comment. It really is nice of you.

while you are in Florida--I will be in Ghana, Africa for 2 1/2 weeks...check out my blog --I'm going to try and post to it from Africa
aurora

Great fish collage and postcard too. sounds like getting the house ready leave for awhile is a major undertaking!